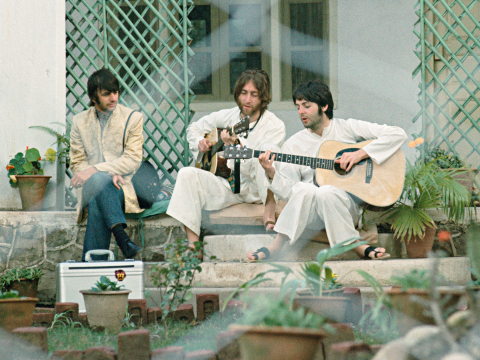 Meeting the Beatles in India is a film by Paul Saltzman that will be released on September 9, 2020

In 1968, with the eyes of the world upon them, The Beatles traveled toRishikesh, India, to study transcendental meditation with Maharishi Mahesh Yogi, in a remoteashram on the banks of the sacred river Ganges.
It was also a creative period as they wrote several new songs many of which later featured on “The White Album”.

Also present at the ashram during those few short weeks was a young Canadian filmmaker named Paul Saltzman, there to heal a recently broken heart. He soon met John, Paul, George and Ringo, who took him into their informal group of the four of them; their partners, Pattie Boyd, Cynthia Lennon, Maureen Starkey and Paul’s girlfriend,Jane Asher. Also in the group were Mia Farrow, Donovan, Mike Love and the Beatle’s roadie,Mal Evans.