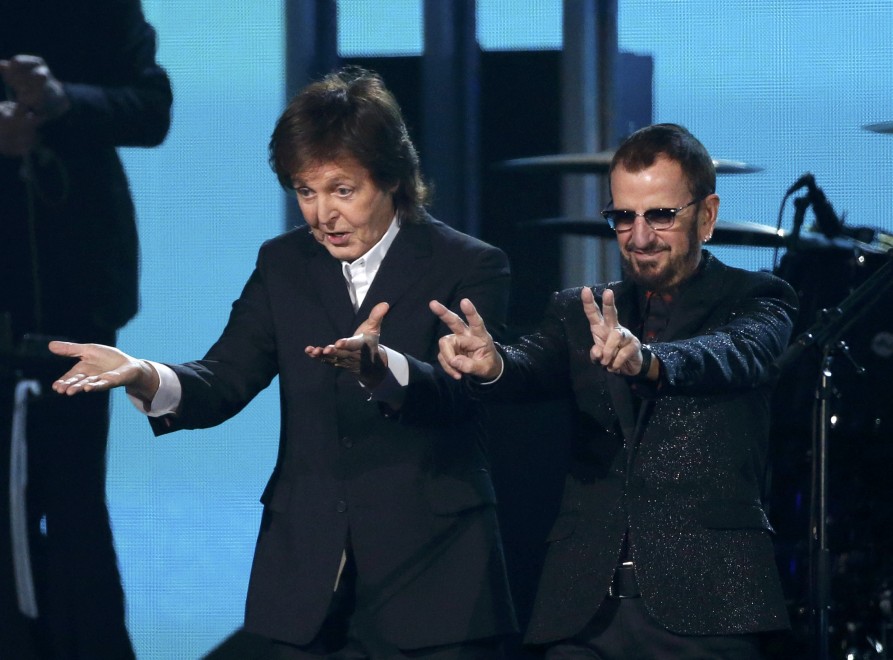 Once again the Beatles win the Grammy ! Paul and Ringo were honoured in an award recognising The Beatles’ contribution to popular music.

Paul was nominated for and won:

After months of speculation Paul and Ringo reunion happened on the Grammy stage. After being introduced by Julia Roberts, McCartney sat down on a psychedelic-painted piano with Ringo Starr on drums and the pair of onetime Beatles performed “Queenie Eye” from Macca’s latest album, New. The tempo was upbeat, Paul McCartney commanded the vocals like a legend and in the crowd Yoko Ono danced along.

Earlier in the broadcast, Ringo Starr performed solo and played “Photograph” from his 1973 album, Ringo. Backed by a massive full band, he bounced around the stage while old black-and-white photographs showed on a big screen behind him.

Monday evening will also see The Beatles honoured at ‘The Night That Changed America: A GRAMMY Salute To The Beatles’ which will be broadcast on CBS Sunday 9th February at 8pm, exactly 50 years to the day, date and time of the band’s first game-changing appearance on The Ed Sullivan Show in 1964.