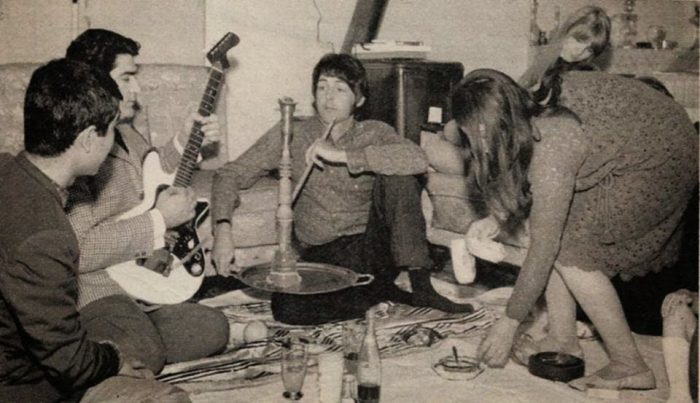 In 1968 The Beatles were in India for their famous Trascendental Meditation training with the Maharishi. Way back to London, at the end of March 1968, Paul McCartney and his then fianceè, actress Jane Asher stayed in Tehran for two days. During that short private visit. Paul and Jane also met Iranian-Armenian pop singer Vigen Terterian.

Vigen Terterian was the first singer/artist/musician to introduceer and revolutionize pop music in Iran. He was nicknamed by his contemporaries “pop sultan” or “Sultan of Persian Jazz”.
His innovative and upbeat style of music had a great influence on paving the way for a new genre of Iranian music, influenced by Western European and Latin American styles. His musical and performing talents soon captured the attention of many prominent Iranian lyricists and composers

This little-known fact is cited in Jane Asher’s personal blog, in which she also published two photos related to this trip.