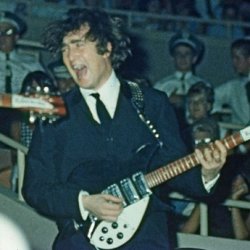 Rare and unpublished early colour photos of The Beatles on tour are to be sold at auction. They were taken during the Fab Four’s triumphant summer 1964 visit to the US, when most early photos of the band, and even films, were in black and white. Colour was more expensive and seen as too extravagant for a pop group from Liverpool – who many felt were just a passing fad.