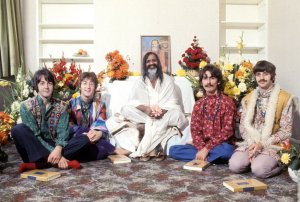 Henry Grossman shot the Beatles extensively between 1964 and 1968. Despite a background in classical music and portraiture, Henry, only a few years older than the Beatles themselves, developed an immediate rapport with the group. In addition to covering their initial appearance on the Ed Sullivan Show and the movie locations of “Help”, Henry enjoyed unprecedented access and was invited into the Beatles’ homes to photograph them informally with their friends and families.

All photos by Henry Grossman