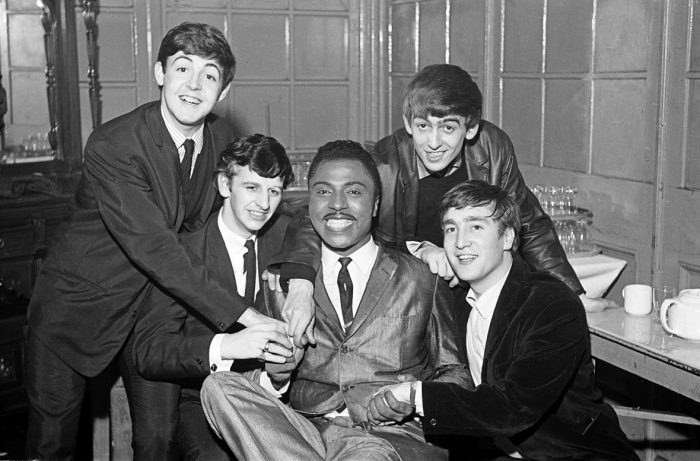 Richard Wayne Penniman known as Little Richard dies at 87.
Little Richard, was a founding father of rock & roll, starting with “Tutti Frutti” in 1956, followed by hits – “Long Tall Sally” and “Rip It Up” that same year, “Lucille” in 1957, and “Good Golly Miss Molly” in 1958.

Little Richard’s influence was massive. The Beatles recorded several of his songs, including “Long Tall Sally,” and Paul McCartney’s singing on those tracks – and the Beatles’ own “I’m Down” – paid tribute to Little Richard’s shredded-throat style.

In 1962, the Beatles played at the Star-Club, Hamburg. While there, they shared the bill with Little Richard.
During this stay in Hamburg, they spent time hanging out with Billy Preston who was the organist in Little Richard’s band. Although George asked him one night to join the group on stage, Billy declined because he was worried that doing so would anger Little Richard.
Six years later, George would ask Preston to play keyboards with the Beatles during the group’s January 1969 “Get Back” sessions. This time, Preston accepted