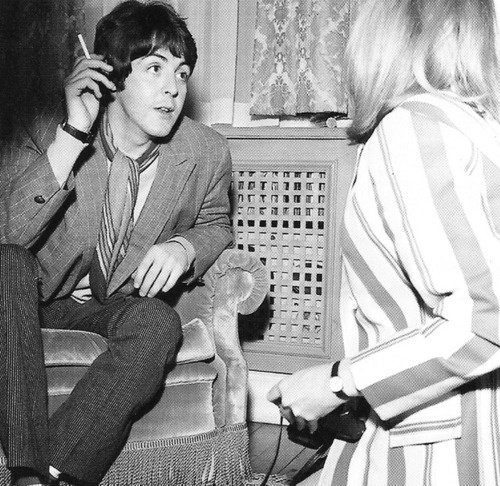 On May 19th 1967, the Beatles gathered at Brian Epstein’s house in Chapel Street, Belgravia, for the launch party of their new album, ‘Sgt Pepper’s Lonely Hearts Club Band’. Among the invited guests were all the top music journalists and DJs.
Also among the guests was American photographer, Linda Eastman. She was already a well known figure on the New York rock scene, and was in the UK to shoot rock stars for a book she was working on. She had met Paul McCartney a few nights earlier at the Bag O Nails nightclub, and met again here. They married 2 years later.