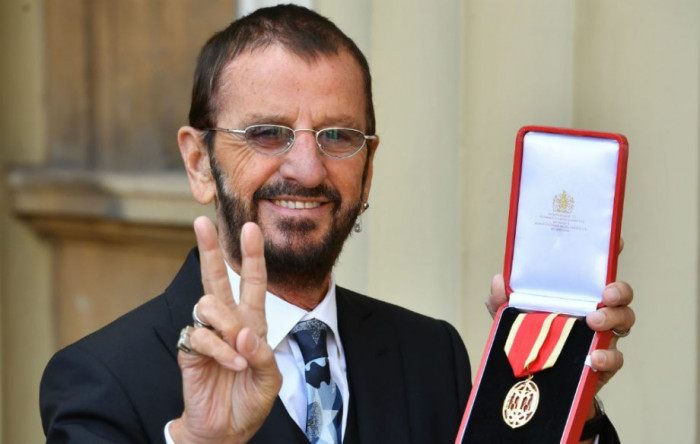 From now on, it’s Sir Ringo

Beatles drummer Ringo Starr has received his knighthood for services to music.

Speaking to the BBC after accepting the award, he said: “It means a lot actually. It means recognition for the things we’ve done. I was really pleased to accept this.”

53 years ago, Ringo was at the palace with his former bandmates accepting the MBE — Member of the Order of the British Empire — and acknowledged missing them today. “I was a bit shaky today on my own” he said.

And when it came to how he’d be choosing to use his knighthood, the newly-appointed Sir Ringo joked, “I’ll be wearing it at breakfast.”