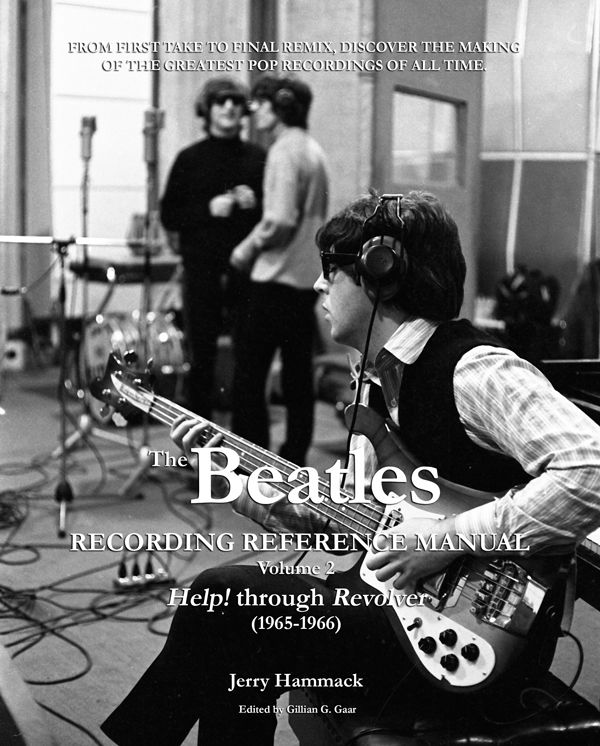 Jerry Hammack has just released volume 2 of The Beatles Recording Reference Manual – a book that reveals the secrets behind the recording of some of the band’s most famous albums. It is the second of what will be a four-volume set.

The second volume of the Association for Recorded Sound Collections (ARSC)-nominated, four-book series, The Beatles Recording Reference Manuals, “Help!” through “Revolver” 1965-1966 tracks the evolution of the band from the end of Beatlemania with “Help!”, through the introspection of “Rubber Soul”, and finally, to their initial explorations of all the studio could offer with “Revolver”.

“This period in The Beatles’ development is really fascinating,” says Hammack. “It’s a time where the demands of Beatlemania end and they are able to explore both from a songwriting and recording perspective. It represents the emergence of their unique voices as writers (think, ‘In My Life’) as well as their use of the studio to create sounds the world would never expect from a pop band (as in ‘Tomorrow Never Knows’).”

About the author
Jerry Hammack is an American musician, producer, recording engineer and author living in Toronto, Ontario, Canada.