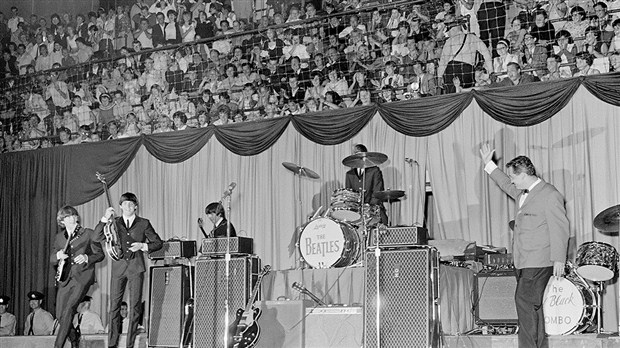 The Beatles performed two concerts on 7 September 1964 at the Maple Leaf Gardens in Toronto, Canada.
In between the two shows the group posed for photographs with local DJs, fan club presidents and Miss Canada, and gave a press conference to reporters. Their second performance began at 10pm.
The Beatles returned to Maple Leaf Gardens on two occasions: 17 August 1965 and 17 August 1966