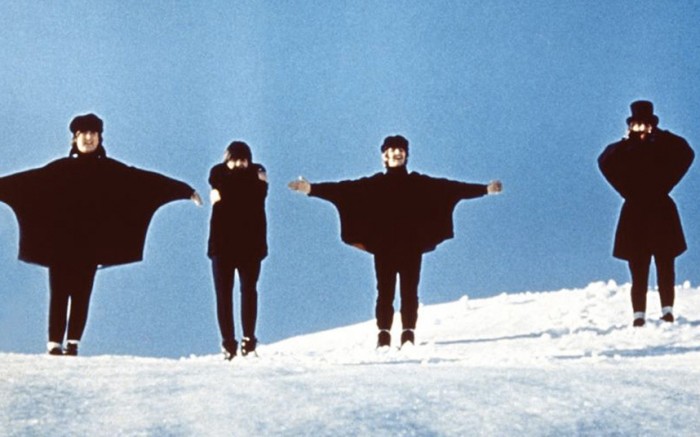 The Beatles were in Obertauern, Austria to shot the ski scenes for Help! movie for about two weeks in March 1965

“They took us to Austria, took us up a mountain, gave us our boots (that nobody even laced up), gave us our skis, said, ‘Turn over, take one. Action!’ – and gave us a push.”
George

“If you look at pictures of us you can see a lot of red-eyed shots; they were red from the dope we were smoking. And these were the clean-cut boys!”
Ringo

“All we had to do was turn around and look amazed, or something. But every time we’d turn round to the camera there were tears streaming down our faces. It’s OK to get the giggles anywhere else but in films, because the technicians get pissed off with you.”
Paul

“The movie was out of our control. With A Hard Day’s Night, we had a lot of input, and it was semi-realistic. But with Help!, Dick Lester didn’t tell us what it was all about.”
John