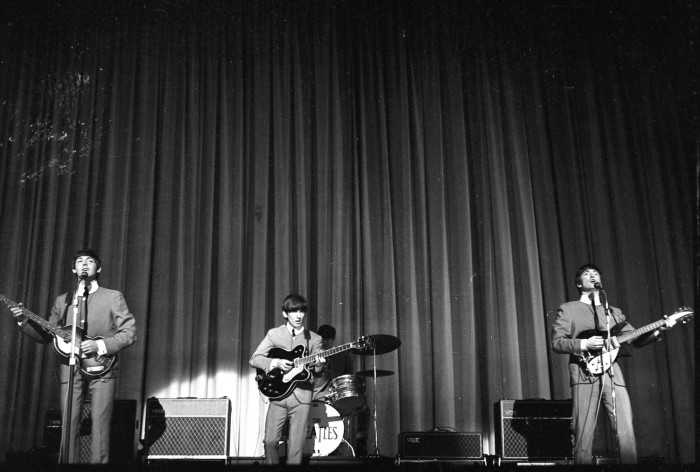 During their 1963 Autumn Tour, the Beatles appeared in concert in Dublin at the Adelphi Cinema.
On 7 November they arrived to play two performances. That was the only occasion in the Republic of Ireland.
Outside the Adelphi cinema in Abbey Street there were scenes of hysteria with hundreds of fans.

In his 2008 book, The Beatles Irish Concerts, Colm Keane describe “At its peak, some 7,000 bodies were crammed together into Middle Abbey Street, forming a heaving, swaying, agitated, panicking mass. The scene was a potential disaster. It was like an accident slowly unfolding, a catastrophe waiting to happen.”

The Beatles performed the standard 10 songs set of their Autumn Tour: I Saw Her Standing There, From Me To You, All My Loving, You Really Got A Hold On Me, Roll Over Beethoven,