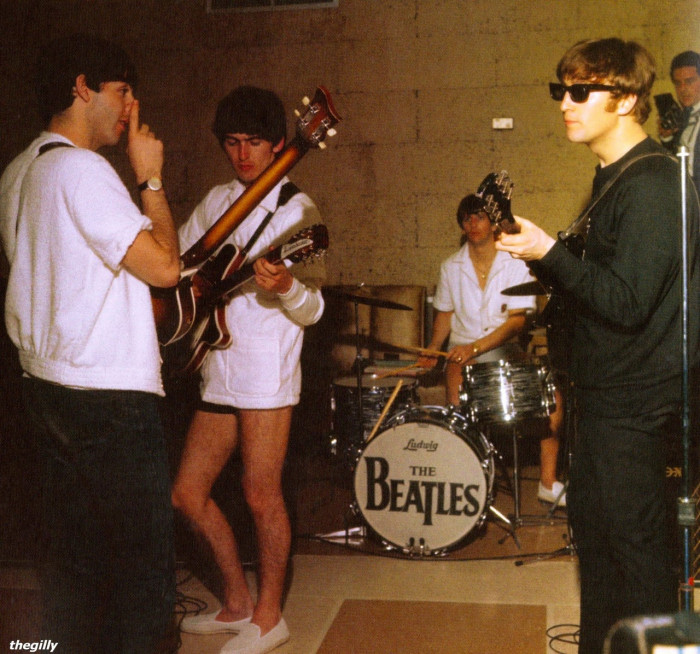 The day before their second appearance on The Ed Sullivan Show, The Beatles spent all afternoon rehearsing at their Miami hotel (Feb 16, 1964).

The Beatles had their first U.S. concerts — at the Washington Coliseum in Washington, D.C., and two shows at New York’s Carnegie Hall on Feb. 12. The next day, they, flew down to Miami, where Sullivan’s show was being broadcast from the Deauville Hotel in Miami Beach. For the Beatles, so accustomed to the miserable British winters, Florida was a paradise.