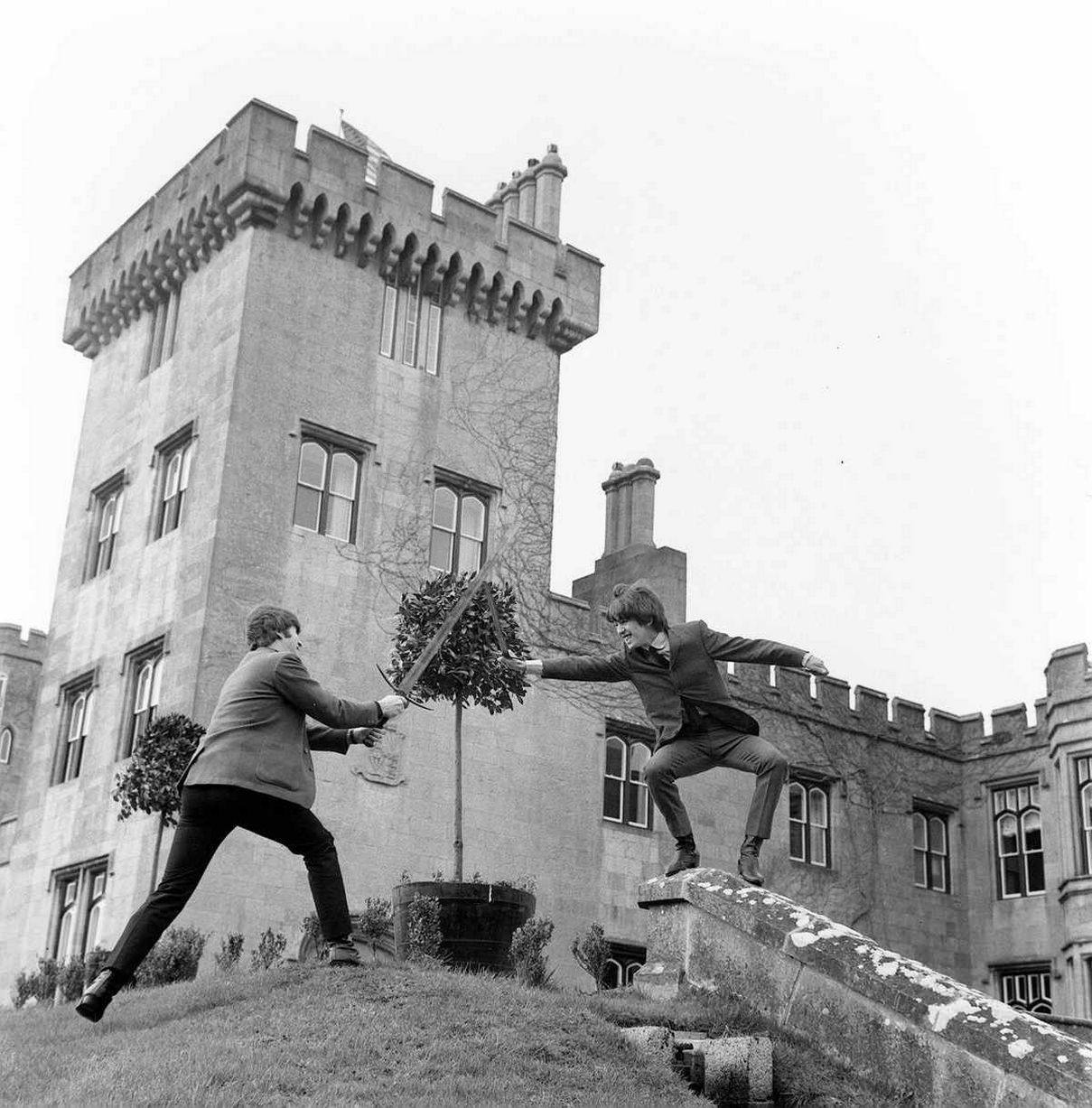 18 high quality photos of the Beatles from 1963 and 1964. Some are promotional shots while others shows the boys in relax during the tours. Before the appearence at Sunday Night at the London Palladium or at the rented home in Bel Air Los Angeles during a tour of the USA in August 1964.
During a shopping while in Paris in January 1964 or on an Easter weekend holiday to Dromoland Castle Ireland in 27 March 1964