“It was 50 years ago today…”. This summer marks half a century since the release of “A Hard Day’s Night” the Beatles’ first feature film.
The 1964 film has been digitally remastered to mark the 50th anniversary of its release.
The Beatles’ first feature film stars the boys as exaggerated versions of themselves, presenting a light-hearted look at their daily lives as they travelled from Liverpool to London.
The soundtrack features eight Beatles songs, including If I fell, Can’t Buy Me Love and of course, the title track A Hard Day’s Night.
The remastered version of A Hard Day’s Night has been premiered in London on July 4. 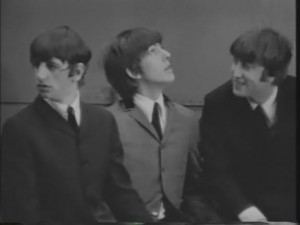