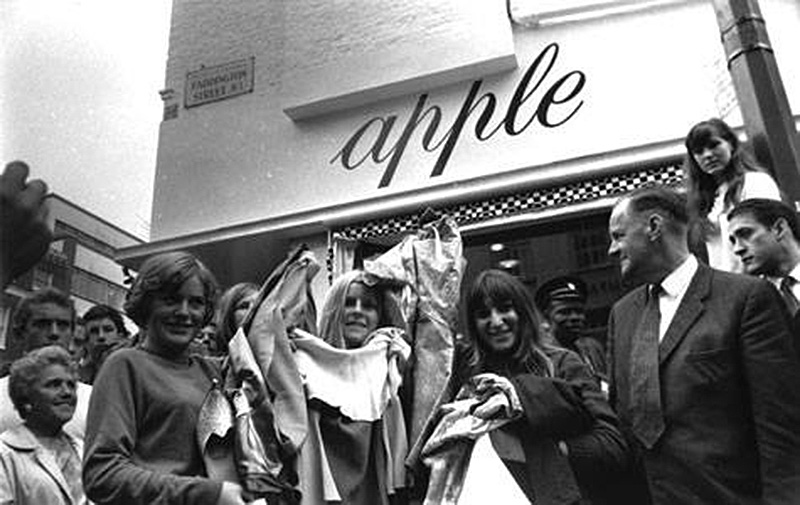 Long before computer-related company, Apple was a Beatles’ brand not only for their musical ventures but also for cultural activity.
One of those was the Apple boutique, a shop located at 94 Baker Street, London W1 and was -as Paul said- “A beautiful place where you could buy beautiful things”. It opened on 7 December 1967 and closed on 30 July 1968.
The boutique was run by Pete Shotton, a childhood friend of John Lennon‘s and Jenny Boyd, George Harrison‘s sister-in-law.

Barry Finch employed art students to paint a psychedelic style mural, designed by The Fool (a design collective), across the building’s facades between 10 and 12 November 1967.
Planning permission had not been sought and the artwork was ordered to be covered in white paint to satisfy Westminster Council and the landlord, the Portman Estate.
Between 15 and 18 May 1968 the façades were duly painted white with the word “Apple” in cursive script painted on each fascia.