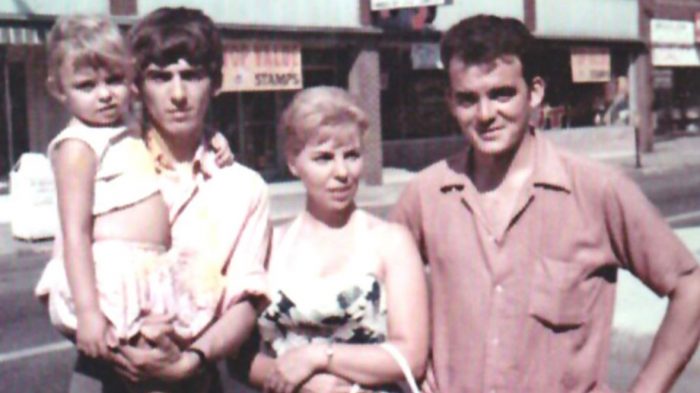 In the summer of 1963 the Beatles had some time off and while the other three members of the band went on holiday to Europe (John and Cynthia Lennon were holidaying in Paris, and Paul McCartney and Ringo Starr flew to Greece with their partners), George Harrison and his brother Peter visited their sister Louise Harrison Caldwell in Benton, Illinois. So he became the first Beatle to visit America, on 16 September 1963.

While there he also did an interview on a radio station in West Frankfort, bought a Rickenbacker guitar in Mt. Vernon, jammed with a local band at a VFW Hall in Eldorado, bought records at a Benton music shop, hung out with coal miners at a Bocci Ball Club, lost (and recovered) his wallet, and turned heads and hearts with his “mop-top hair” and Liverpool accent.