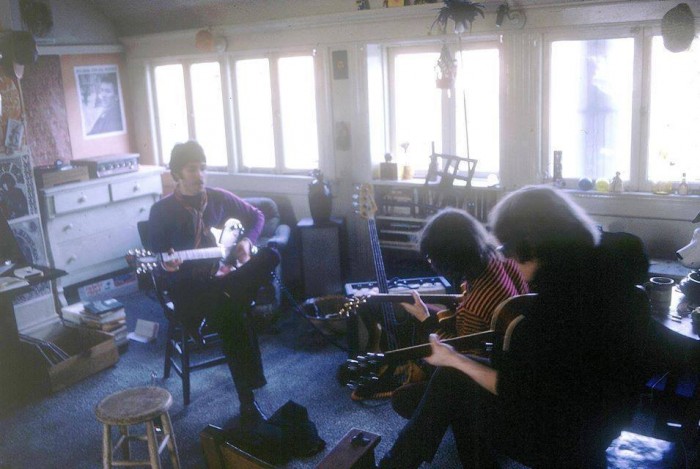 This is a rare photo of Paul McCartney in San Francisco jamming with Jorma Kaukonen & Paul Kantner of Jefferson Airplane.
In April 1967, Paul flew to the USA (with Mal Evans) to surprise girlfriend Jane Asher for her 21st birthday. She was on tour with the Old Vic Theatre company.
He visited the Fillmore Auditorium, where Jefferson Airplane were rehearsing.
Paul then joined the band to the apartment and played an acetate of the Beatles’ new album ‘Sgt Pepper’s Lonely Hearts Club Band’. They also tried a jam, but Paul had problem to play on Jack Casady’s right-handed bass guitar, so he switched to a guitar, which he could play lefty strung right. 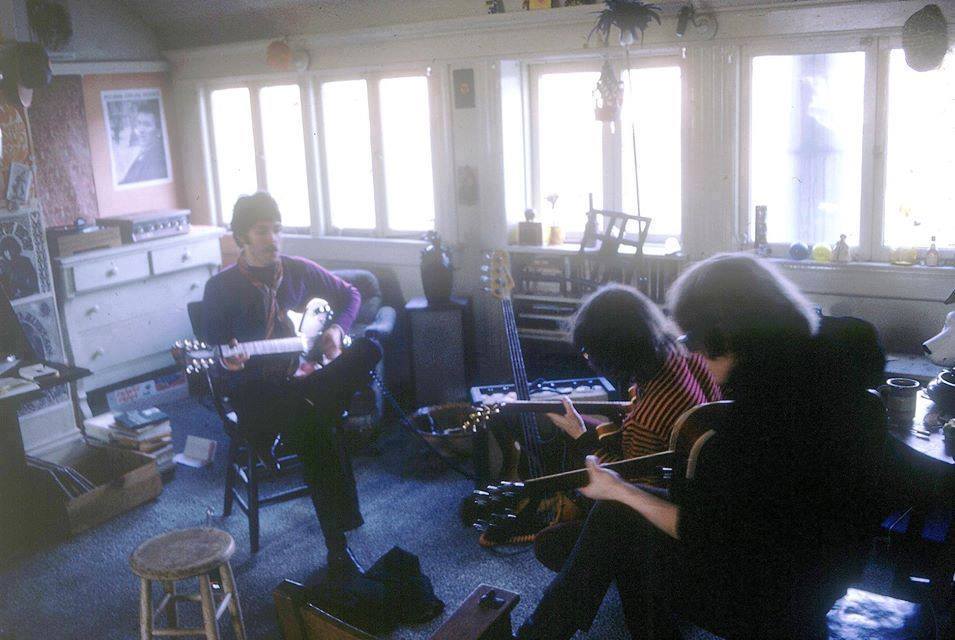