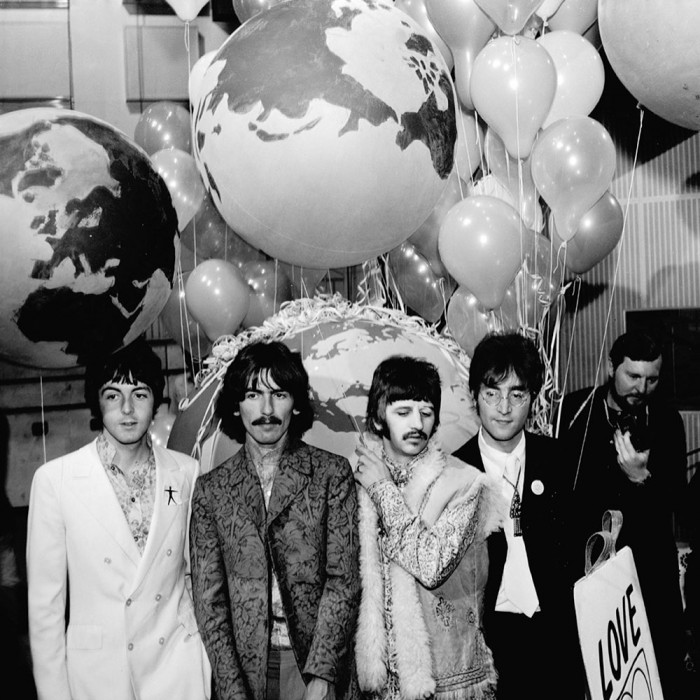 Recently The Beatles’ official Instagram page shared a rare photo from the 1960s and added the statement of George Harrison from an earlier interview.

“At that period, it was a perfect song because it was so simple – the message was so simple and it was a great excuse just to go right in the middle of that whole culture that was happening and give them a theme tune.” – George ➿
#TheBeatles#1960s” ➿ Photo © Apple Corps Ltd.”

The picture was taken on June 1967 at “Our World” press event.

“Our World was the first live, world-wide satellite programme – broadcast on the 25th June 1967 (7.55pm to 10.00pm) to an international audience in excess of 350 million. The programme was divided into sections with people contributing from all over. The Beatles performed “All You Need Is Love”, which was broadcast from a crowded Studio Two at Abbey Road Studios. The band had invited many friends, including The Rolling Stones, Eric Clapton and Marianne Faithfull to join in the chorus and add to the atmosphere.” (Beatles official web site) 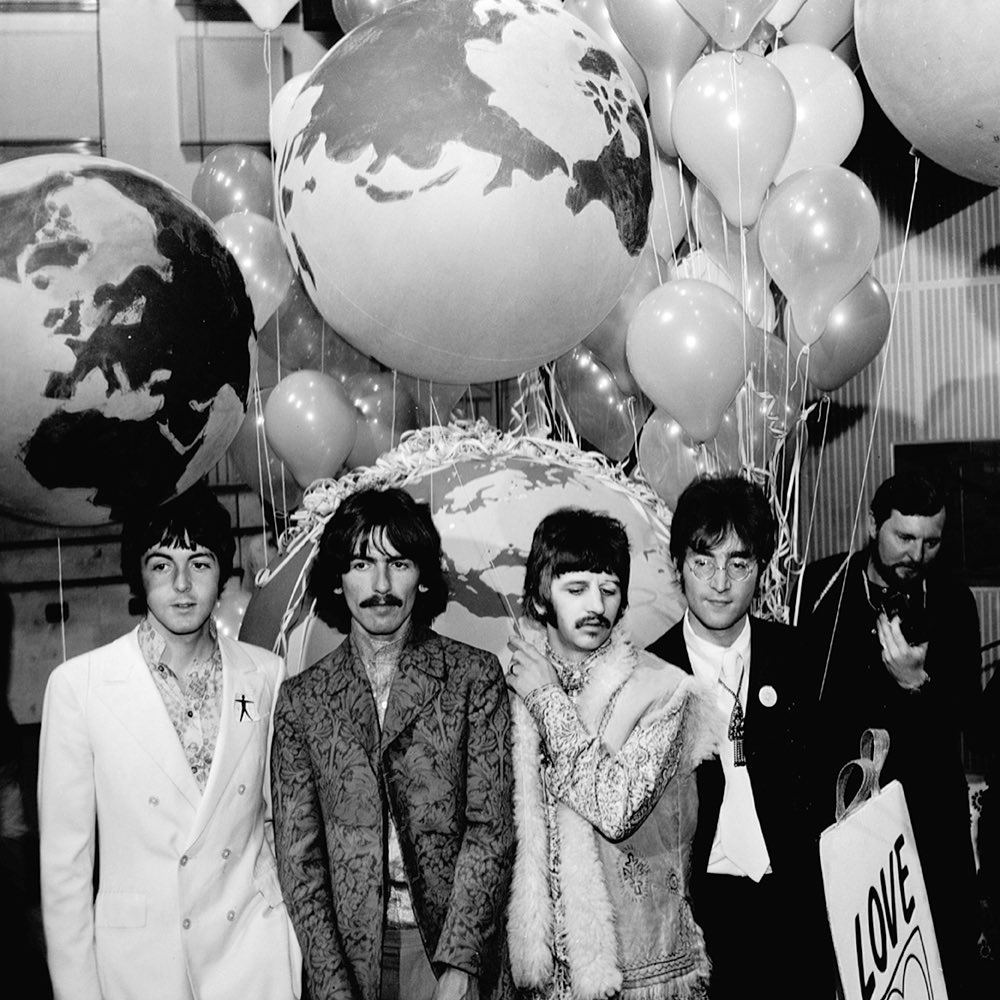