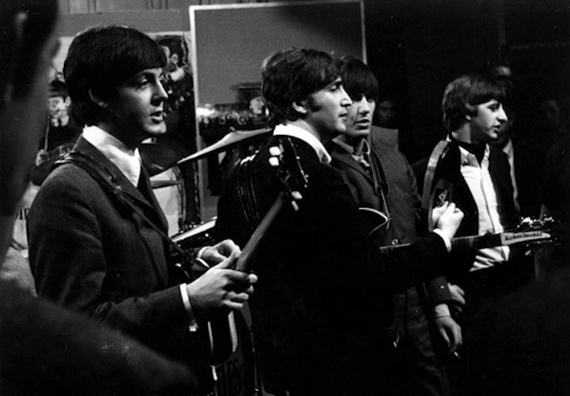 Arnold Schwartzman, a graphic designer and award-winning documentary film director, captured The Beatles, Rolling Stones, Dusty Springfield, The Kinks, James Brown, Peter, Paul & Mary, and others backstage and onstage.
Here are some of his shoots on the set of Ready, Steady, Go! in 1963 during the first of two appearances on the show.
The third and fourth image are reverse angle photos with him taking the photograph between Cathy McGowan and Paul McCartney.