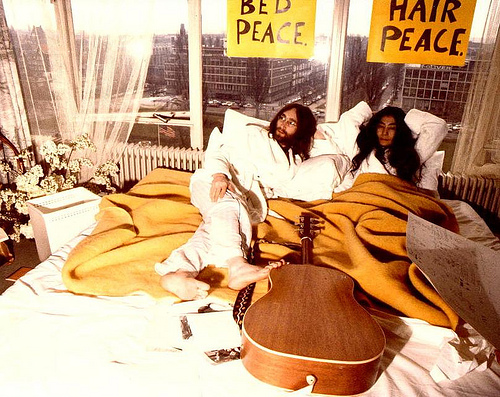 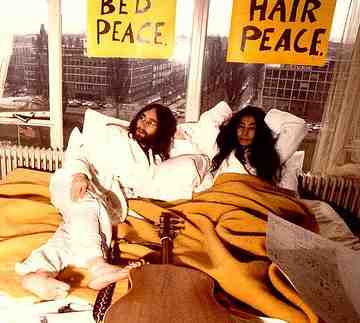 John and Yoko marriage took place on March 20, 1969 at The Rock Hotel in Gibraltar. Knowing that it would be a huge press event, the couple decided to use the publicity to promote world peace. They spent their honeymoon in the presidential suite (Room 902) at the Amsterdam Hilton Hotel for a week between March 25 and 31, inviting the world’s press into their hotel room every day between 9 a.m. and 9 p.m. During the day the couple were sitting in bed talking about peace with signs over their bed reading “Hair Peace” and “Bed Peace”.

Their second Bed-In was planned to take place in New York, but John was not allowed into the country because of his 1968 cannabis conviction so they decided to move to Montreal where they stayed from May 26 in Rooms 1738, 1740, 1742 and 1744 at the Queen Elizabeth Hotel.

Here is a gallery of some not so often seen images of the event.

One thought on “John and Yoko bed-in”