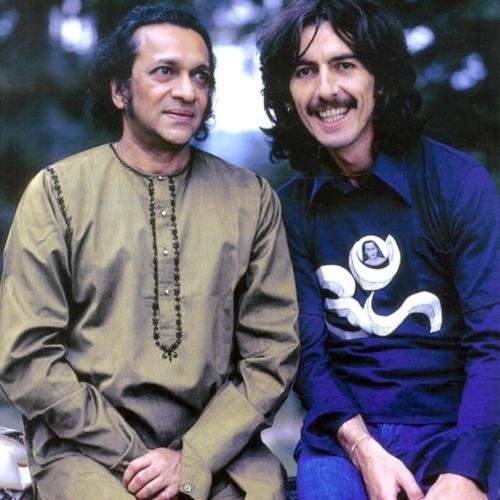 The legendary sitar player, who taught Beatle George Harrison how to play the stringed instrument and brought Indian music to the West, passed away yesterday 11 December in the early evening, at age 92, in San Diego.
Roger McGuinn introduced George Harrison to Ravi Shankar’s sitar music at a party at Zsa Zsa Gabor’s Bel Air mansion in 1965.
The first influence of Shankar’s music in Beatles’ songs can be found in Norwegian Wood and then in others compositions of George Harrison as well in several songs of the so-called psychedelic era.
On 1 August 1971 George Harrison, responding to a request for help by friend Ravi Shankar, organised The Concert for Bangladesh, a charity concert.