Only a few weeks ago Ringo Starr, who just published a new book of photos, asked fans if they can recognize themselves in the youngsters he photographed almost 50 years before, when the Beatles arrived in USA their first trip to the US in 1964.

The photo was taken on February 7, 1964 when the band first arrived in America 49 years ago at JFK airport. The friends were photographed by the drummer after they skipped school to see the Fab Four. 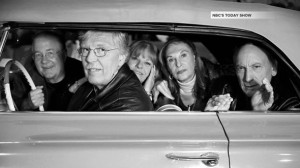 Now the five friends have been reunited to recreate the shot and the next month Starr has invited them to Las Vegas, Nevada, to watch his concert and meet him after the show. 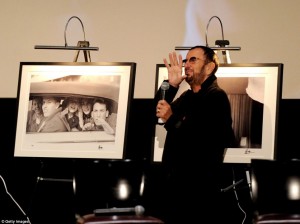