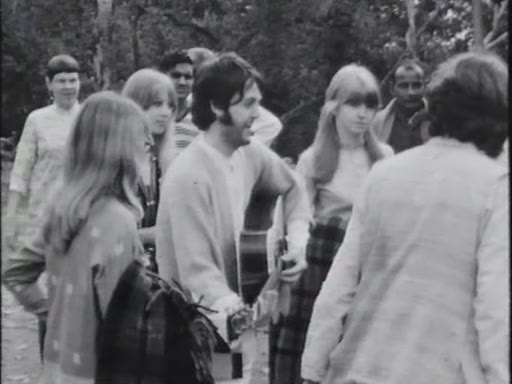 In response to a request from a friend on Twitter, I recovered an old footage from Italian television in which the Beatles are shown during their stay at Maharishi Mahesh Yogi’s ashram.
The Maharishi met the Beatles in London in August 1967, and they went to study with him in Bangor, Wales, before travelling to Rishikesh, India in February 1968 to attend an advanced Transcendental Meditation training session.

The Beatles, with wifes and girlfriends, and many others including Donovan, Mia Farrow and her sister Prudence, Mike Love of the Beach Boys and flautist Paul Horn, in the ashram for some weeks. Ringo was the first to leave, after ten days, then Paul left and finally John and George after six weeks.
An Italian television troupe was in India for other reason and asked Maharishi’s staff to be admitted to film the group. The footage was aired on 15th March 1968. 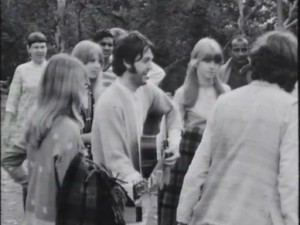