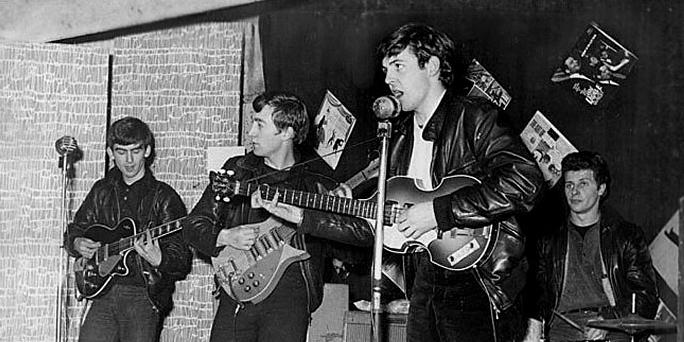 On Saturday December 9th, 1961 The Beatles played at the Palais Ballroom, Aldershot.

It isn’t clear if The Beatles’ then agent, Sam Leach, didn’t advertise the show properly or was the local newspaper, Aldershot News, that neglected to feature Sam Leach’s advertisement for the show.
So there were only 18 people attending, but a splendid time was guaranteed for all…

Brian Epstein become their manager some days after
The Beatles signed a five-year contract with Epstein on 24 January 1962, but Brian proposed himself in a meeting with the group on 3 December 1961.

One thought on “The Beatles at the Palais Ballroom, Aldershot”