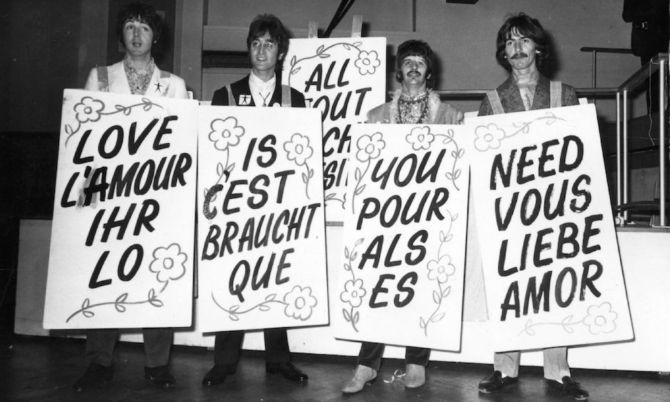 Two candid shots of John Lennon and Paul McCartney while rehearsing All You Need Is Love, 25 June 1967.

The song was Britain’s contribution to Our World, the first live global television link, watched by over 400 million in 25 countries,
The Beatles were surrounded by friends and acquaintances seated on the floor, who sang along with the refrain during the fade-out. These guests included Mick Jagger, Eric Clapton, Marianne Faithfull, Keith Richards, Keith Moon, Graham Nash, Mike McGear, Patti Boyd and Jane Asher. 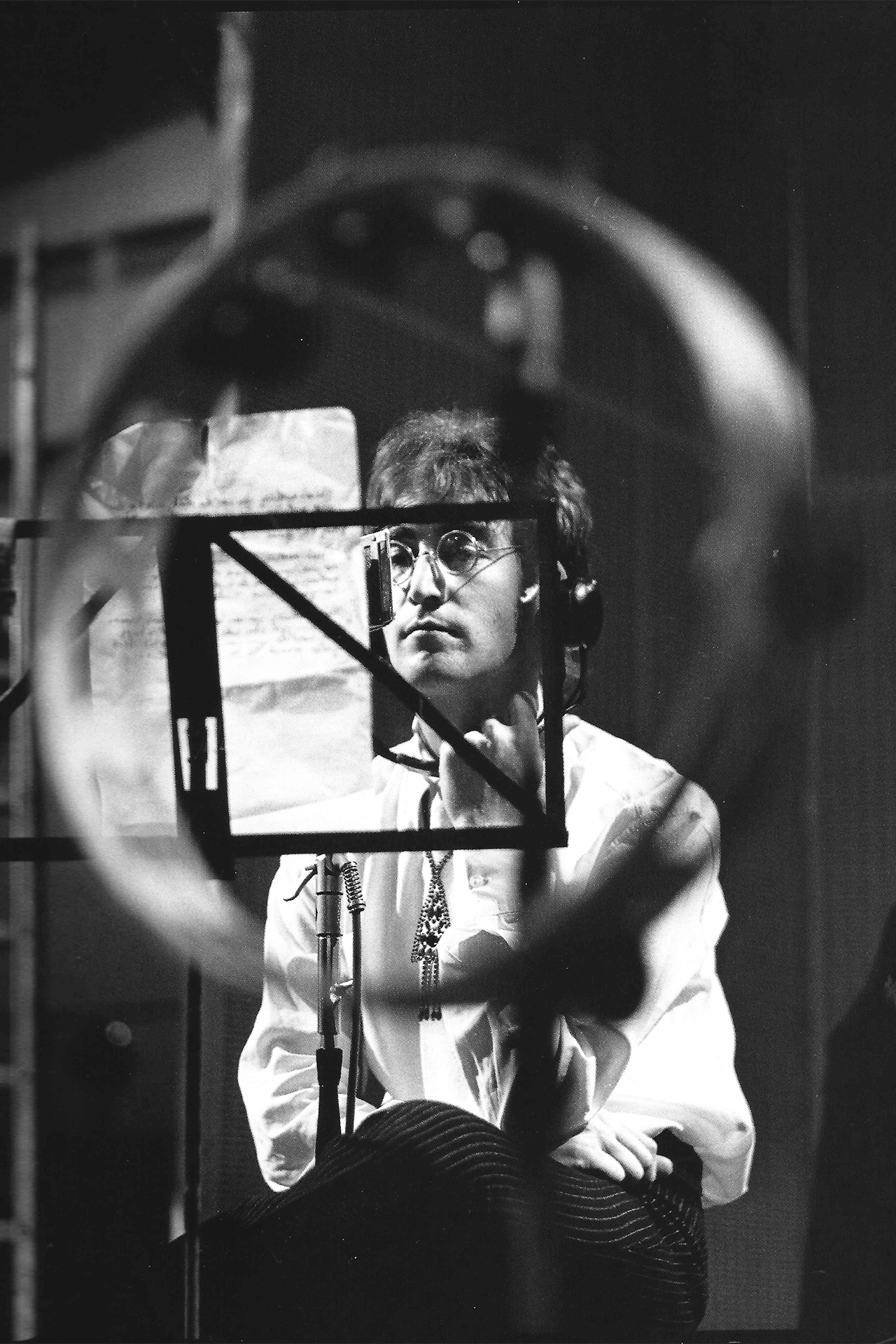 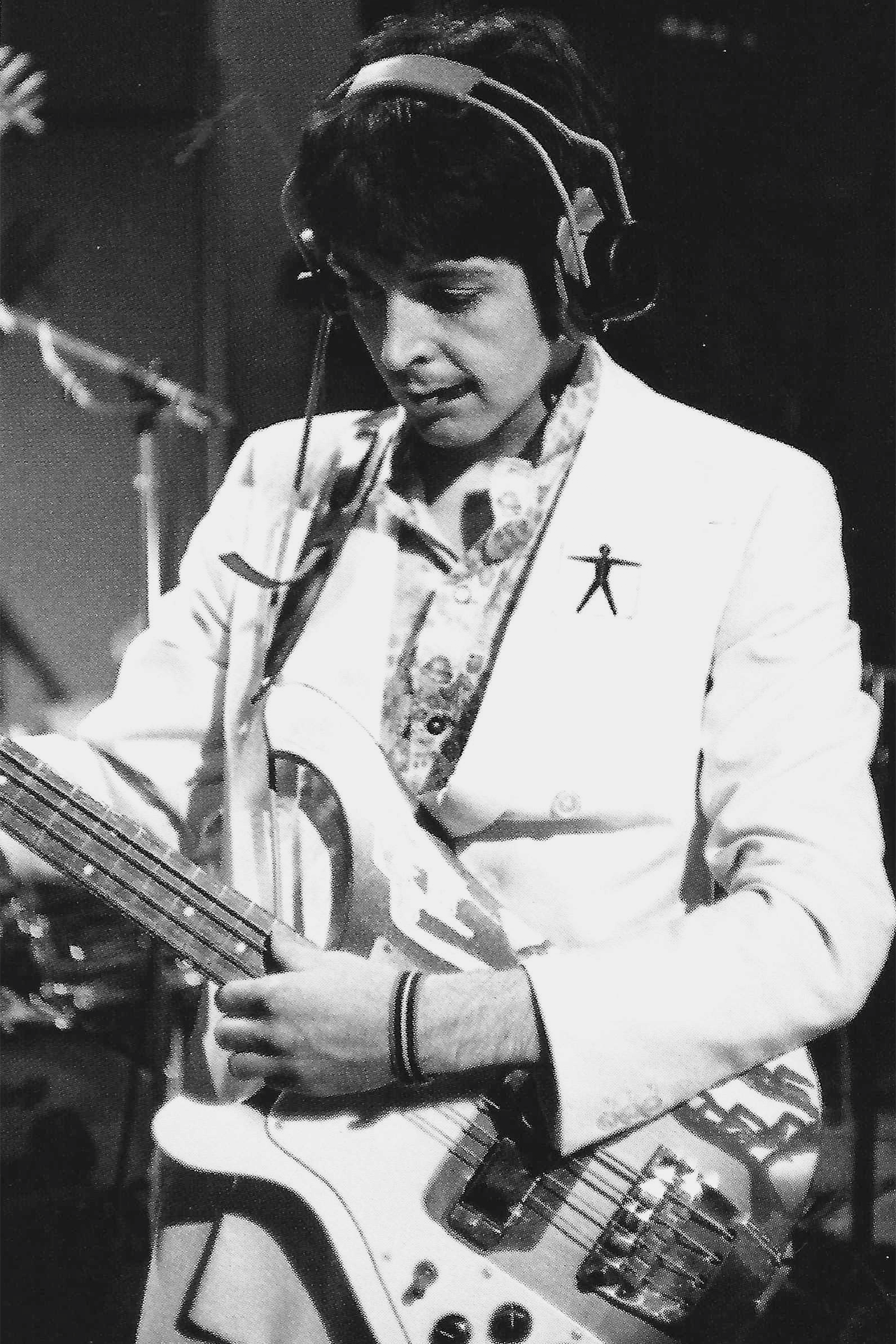